SÃO PAULO, Brazil — For many, Brazil’s body culture, eternal summer, and supermodels — not to mention its successful bids to host both the 2014 World Cup and the 2016 Olympic Games — make it the sexiest of all the BRIC countries.

But data released in February by Brazil’s official statistics bureau revealed that the country’s GDP grew by just 2.7 percent in 2011, a dramatic reversal compared to the 7.5 percent surge registered in 2010. Economists attributed the slowdown to the dramatic appreciation of the Brazilian real, which has increased in value by about 40 percent since the depths of the financial crisis in 2009.

This, combined with soaring business costs and a byzantine system of import duties make Brazil a difficult market to navigate for international luxury fashion brands. But still, Prada, Gucci, Bottega Veneta, DVF andChanel have all recently launched stores in the country. Today, we go behind the headlines and speak with three powerful women with intimate knowledge of Brazil’s fast-changing fashion terrain. 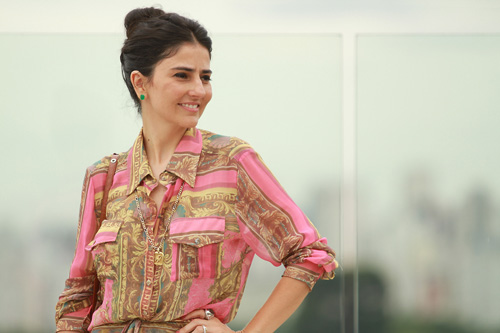 Alice Ferraz is Brazil’s ultimate fashion connector. “In 1996, I started my own PR company for the Brazilian market,” said Ferraz, who now handles PR for over 70 fashion brands. “Then, in 2010, I started a fashion advertising agency to give extra support to my clients. We develop catalogs, print ads, even films. Most recently, we became Grupo F and created the first network of fashion bloggers, F*hits, and have just launched F*hits shops, which sells all the looks from all the blogs.”

Ferraz also has a blog of her own. “I really like real fashion coming from blogs,” she said. “It creates an authentic desire. A woman my age, for example, can look at my blog for inspiration and have immediate access to the clothes I am wearing.”

After taking a group bloggers to London Fashion Week last September, Ferraz plans to launch a pop-up shop of Brazilian designers in London. “I am a big motivator of Brazilian designers. I have been working with Issa’s Daniela Helayel since 2006, before she became Kate Middleton’s choice,” she said, naming Marcia Medeiros, Lily Sarty, Rodrigo Trussardi and Paula Ferber as Brazilian designers with the potential to resonate internationally.

On the growth of Brazil’s luxury market, Ferraz thinks the timing is right for international brands. “They are coming, finally, and are finding that we have good taste and sophistication,” said Ferraz. “But the main challenges are the costs of operating in Brazil and the logistics,” she cautioned. “The collections must arrive at the same time in Latin America as in Paris.” 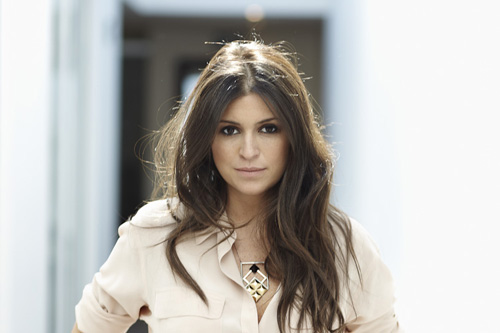 Natalie Klein is the beautiful heiress of Brazil’s biggest low-cost retailer for electronics and furniture, Casa Bahia. In 1997, she founded São Paulo’s NK Store as a response to the legendary luxury emporium Daslu. “We are curators,” said Klein. “We started with a really small collection that included Chloé and Blumarine. Back then, these were my favourite brands.”

“Among the most desired brands with today’s Brazilian luxury consumers, I would highlight Stella McCartney, for her excellent tailoring and dresses that are sexy but also well behaved and Balmain, for the exquisite embroidery and unusual shapes. Céline, with its cool minimalism, is also attracting a number of clients in Brazil,” added Klein.

But for the Brazilian shopper, the “sexy factor” is still critical, she insisted. “I believe European fashion has been pleasing more and more Brazilian women by being more sensual. This is still the ultimate appeal. Designers that follow this direction will certainly create desire among Brazil’s luxury consumers.” 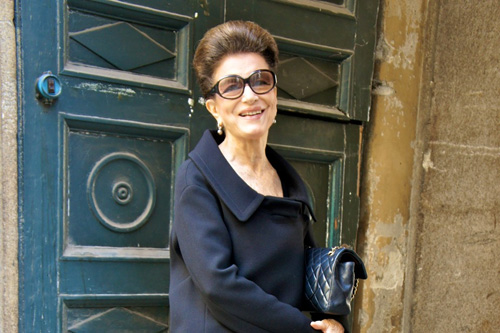 Italian-born, 73-year-old author Constanza Pascolato pens a must-read monthly column for Brazil Vogue and has been a muse to Brazil’s fashion industry for many years. “My mother started a silk textile company in São Paulo in 1947. I worked on my family’s business, Santaconstancia, until 1987, when I moved to editorial,” she explained.

“From an editor’s perspective, this moment in Brazil’s fashion is fabulous,” she said. But Brazilian designers, who enjoy a large domestic market, face challenges competing on the international stage, said Pascolato.

“Brazilian fashion is really young; the apparel industry only started in the 1970s. Before that, there were only ateliers doing made-to-measure clothes. Then, the speed of the 1990s changed everything, promoting a real growth and maturity for Brazilian market and consumer. But we are missing industrial development,” she said. “We don’t have the formula to multiply with quality. We still don’t have that maturity.”

“The overpriced costs of production and a lack of technological know-how in patterns and finishing reflect a bad moment for local producers,” she added. “Brazilian fashion is what I call mall fashion. The products are OK, but many Brazilians still prefer to shop abroad, specially in Miami or New York.”

Pascolato points to Lucas Nascimento, a Brazilian designer now based in London who is making waves internationally. “Since the first time I saw the work of Lucas, I thought he was the most interesting new designer in terms of creation. His work in knitwear is genius,” she said.

“But with precious few exceptions, like Pedro Lourenço, who is obsessed with finishing, a ‘Made in Brazil’ luxury product doesn’t exist yet.”

Written By
Manuel Perrotta
More from Manuel Perrotta
Elisabetta Franchi, founder of the prêt-à-porter brand Made in Italy that bears her...
Read More